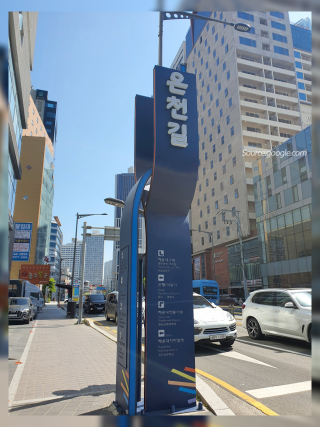 Busan’s famous ‘Haeundae Onsen’ with a history of more than 1,000 years is rapidly declining. This is because of the recession caused by COVID-19 and the changing bathing culture.

According to the Haeundae-gu Office in Busan on the 10th, there are currently 8 businesses using Haeundae Hot Springs in the Haeundae Hot Springs Protection District, including 3 public baths and 5 hotels. This is about a 70% drop from the total of 27 public baths in 2001, including 11 public baths and 16 hotels and ryokans in 2001, 21 years ago. Haeundae-gu Office has designated and managed 1.4㎢ of Udong and the Middle East, where hot springs are concentrated, as hot springs protection zones.

The reasons for the decrease in Haeundae Onsen business sites are the business difficulties caused by Corona 19 and changes in bathing culture. Public baths are designated as facilities with a high probability of spreading COVID-19, and are one of the industries that have been severely hit from the beginning of the pandemic. In addition, the frequency of using the bathroom has significantly decreased as each household has a universal shower.

An official from the Busan Health and Hygiene Division said, “We do not receive a separate reason for the closing of public baths, but the use of public baths seems to be lower than in the past as shower culture is becoming more common.” Lee Tae-seop, president of the Busan Tourism Association, said, “As tourism trends have changed rapidly after Corona 19, there are no tourism products with hot springs as the theme these days.”

Experts cited the fact that the quality of hot springs was downgraded by the government making it easy for anyone to operate hot springs as the cause of the decline in hot spring business sites. In the current hot spring law, hot springs are defined as ‘hot water with a temperature of 25 degrees or higher and the ingredients meet the standards set by the Presidential Decree’.

Kwon Kwon-wook, professor of tourism management and convention at Dongseo University, said, “The government set the temperature to 25 degrees to encourage hot springs, which created an oversupply of hot springs nationwide, and the distinction between places with good water and places with bad water began to be difficult.” As a large capital created a resort-type hot spring with large-scale facilities at the fore, the facility and scale rather than the quality of the water became the standard for good or bad of a hot spring.”

As the number of Haeundae Onsen business sites has decreased, ‘Haeundae Oncheon Road’, which was created to promote Haeundae Onsen, does not currently have any hot spring business sites. In 2019, the Haeundae-gu Office changed the 575-meter distance from the old sponge building in Haeundae to the vicinity of Haeundae Beach from the old name ‘Aehyang-gil’ to ‘Haeundae Oncheon-gil’. In addition, the ward office invested 9.96 billion won to carry out projects such as underground aerial lines in the Haeundae Oncheon-gil area, improvement of the pedestrian environment, improvement of signboards, and maintenance of drainage facilities.

Haeundae Onsen has a history of over 1000 years. It is said that Queen Jinseong (887-897) of the Silla Dynasty often visited Haeundae Hot Springs due to smallpox. Haeundae Onsen is included in the ’15 Views of Haeundae’ along with Haeundae Beach, Dongbaek Island, and Dalmaji-gil.

Haeundae Onsen was partially developed by Japanese people who liked hot springs during the Japanese colonial period, but development began in earnest with the opening of Haeundae Beach in 1965.

The first public bath using Haeundae Onsen was ‘Halmaetang’, which was started by Japanese people in 1935 during the Japanese colonial period. Since then, Park Mal-bul (68) has built and operated the 7-story Haeundae Onsen Center in 2006 on this site. Park said, “The water quality of Haeundae Onsen is good enough that people with skin diseases use it and people who have cured skin diseases come out.” He said, “The number of customers has definitely increased compared to the early days of the corona virus, but the business is still struggling to the extent that it suffers a loss every month.” .

Another representative hot spring in Busan, ‘Dongrae Oncheon’, has also reduced the number of business establishments from 26 in 2014 to 18 this year.