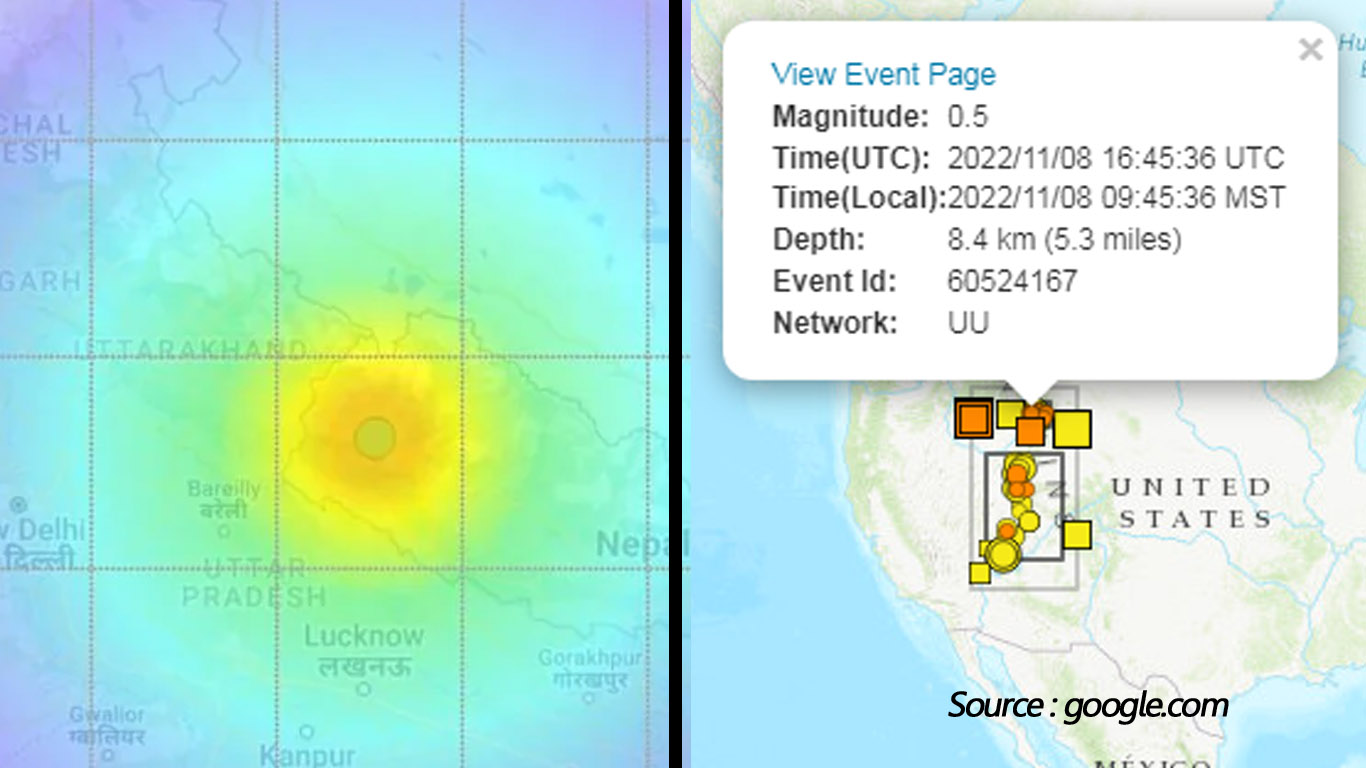 The epicentre of this earthquake, which occurred at 1.57 a.m., was Nepal, Manipur, according to the National Center for Seismology. This earthquake was 10 kilometres below ground. Significantly, the earthquake was extremely powerful in numerous regions, including the Delhi NCR. People emerged from their homes late at night after feeling the earthquake’s vibrations.

Nepal experienced an earthquake just a few hours ago.

Prior to this, earthquake vibrations were felt in numerous areas of Uttar Pradesh, including Lucknow. It had a magnitude of 6.3 on the Richter scale. Its epicentre was located 10 kilometres below ground on the Indo-Nepal border in Uttarakhand. This earthquake happened on November 9 at roughly 1:52 a.m., according to the report.