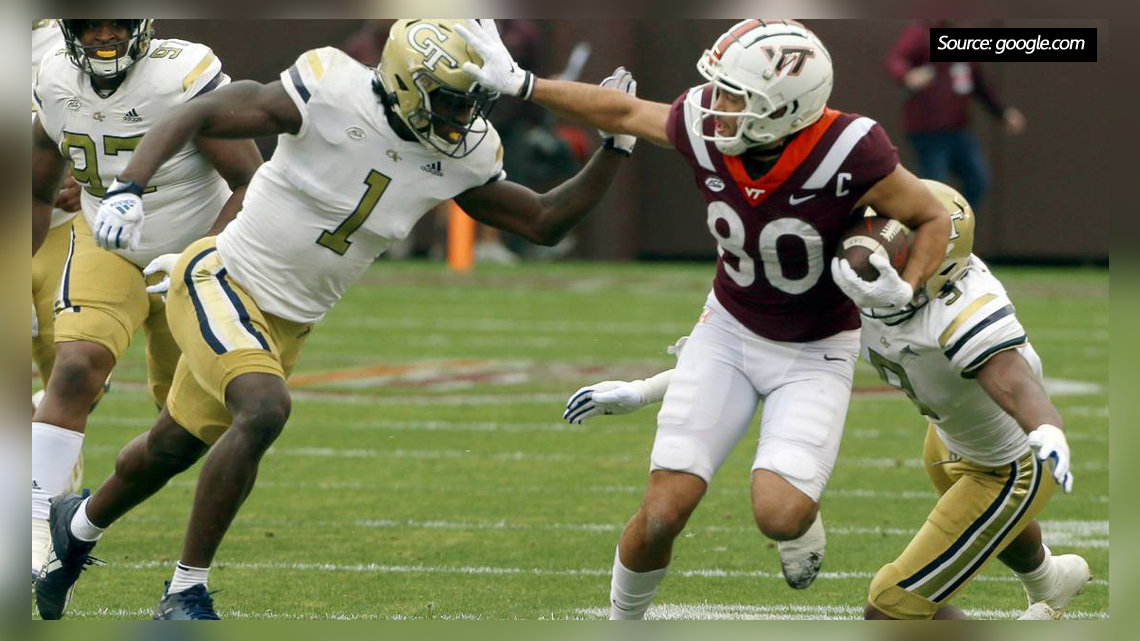 The Hokies surrendered an T1-point lead in the fourth quarter and fell to Georgia Tech 28-27 on Saturday at Lane Stadium, extending their losing band to six games.

Virginia Tech had one last occasion to drive for a winning score, but quarterback Grant Wells fumbled the ball down for the Hokies ’ fourth development of the game.

Georgia Tech quarterback Zach Pyron scored on a 9-yard scramble with 3:30 remaining to give the Yellow Jackets the lead. That came four plays after Georgia Tech converted a third-and-19 with a shallow cross that gained 20 yards.

The Hokies led 27-16 and had a first-and-point from the Georgia Tech 10-yard line with lower than 11 minutes remaining. four short-range ballistic missiles

Keshawn King fumbled on a run up the middle. The Yellow Jackets recovered and scored a touchdown just five plays latterly on a 56-yard catch by Nate McCollum.

The collapsed spoiled what was shaping up to be a bright day for the Hokies, who scored touchdowns on offense, defense and special teams for the first time in five times.

The Hokies came into the game ranked 128th in yards per punt return (2.2), ahead of only Buffalo and Louisiana-Monroe. In the first half alone, Holloway picked up 141 yards on five returns.

Holloway only began playing punts last week after trainer Brent Pry was unhappy with the output at the position. The freshman made only fair catches in the 22-21 loss to N.C. State.

On Saturday, he was aggressive from the beginning. He’d a pair of 13-yard returns, a 9-yarder and a 16-yarder ahead of his 90-yard sprint with 50 seconds remaining before halftime.

The play limited a 20-0 scoring run by the Hokies, who traced 10-0 entering the second quarter.

A circus snare along the sideline by Kaleb Smith — only ruled a catch after videotape review — set up a 3-yard touchdown run by quarterback Grant Wells to get Virginia Tech on the board. Chance Black gave the Hokies their first lead on a 1-yard run one play after Connor Blumrick made a diving snare near the goal line to convert a third-and-10.

Georgia Tech took a 7-0 lead midway through the first quarter on a 29-yard run by Dontae Smith, who broke two tackles near the line of conflict before stiff-arming safety Chamarri Conner on his way to the end zone.

A botched exchange between Wells and King sniffed out Virginia Tech’s preceding drive, and Georgia Tech converted that fumble into a 19-yard field thing by Gavin Stewart to make it 10-0.

Keke Palmer Fires Back At Comparison To Zendaya Over Colorism